Furthermore there is a tendency to apply orthodontic braces on children at very early ages under the pretence of carrying out “interceptive orthodontics”, but this practice is often not only useless but largely harmful due to the immaturity of the Postural Tonic System and since rigid devices on dental arches entail a “contained” imbalance that predisposes to an imbalance that the body tends to manifest in another direction and the spine whose cervical vertebrae are in continuation with the bones of the skull which is the specific organ to facilitate the compensations that can, as we have seen, result in scoliosis.

Orthodontic treatment that does not produce results in 18-24 months, but is protracted in the years, denotes a “resistance” by the body to forces beyond its capacity to adapt. This was the case, for example, of Giovanni who after 3 ½ years of “fixed orthodontic treatment” attained poor aesthetic and functional results and had also started to walk in a discordant manner with painful symptoms of the spine and frequent headaches.

When his father became aware of the Montorsi Soulet Besombes Method he decided to suspend the orthodontic treatment and follow this path; the boy quickly resumed walking in harmony, saw his symptoms disappear and achieved the marvellous results below 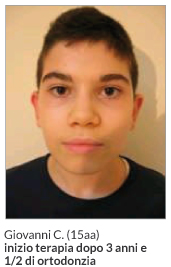 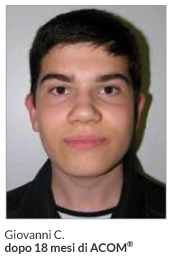 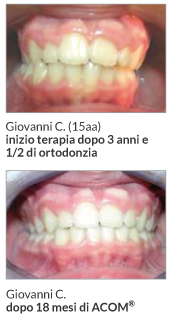 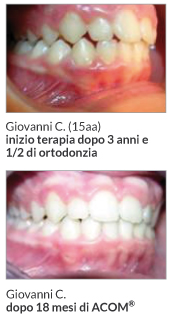 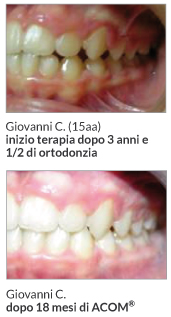